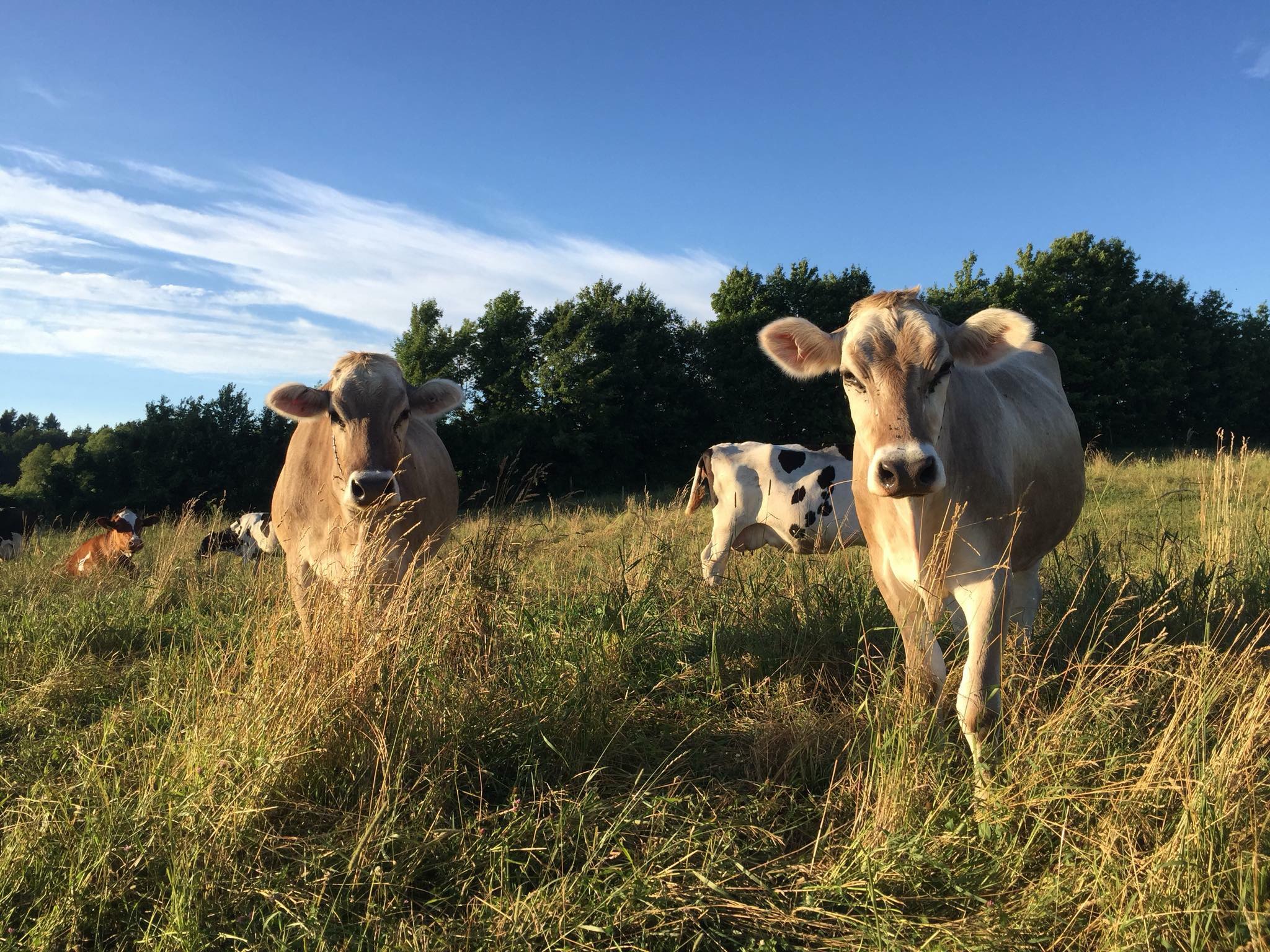 Brown Swiss cattle can be grey, dark brown, tan or even almost white in color. Their hooves, muzzle and switch are usually black. They are often noted for their docile temperament.

Perhaps the oldest of all dairy breeds, Brown Swiss originated in the valleys and mountain slopes of Switzerland around 4000 B.C., according to some historians.

Today, the beautiful Brown Cattle can still be found across the globe, including in the United States, where the largest concentration is in Wisconsin, Iowa and Ohio. The world population of Brown Swiss is reported to be about 7 million, which ranks either first or second in world-wide population of dairy cattle. The Brown Swiss you see grazing across the United States countryside descend from initial importations of 25 bulls and 140 females from Switzerland.